Studying the history of the Fassmer Dockyard from 1850, the year Johann Faßmer founded a one-man boat-building business, up to the present day, one can see that the motto makes perfect sense. Apart from endurance and specialist knowledge, it was courage in the entrepreneurial sense that made the family company what it is now, from its modest beginnings to becoming a medium-sized company of global importance.

At the start, skiffs and simple flat-bottomed wooden boats were built for local clients in a boathouse in Bardenfleth, then more and larger orders caused the company to expand so that by the turn of the century a new dockyard shed had been built, and modern machinery had been purchased.

The real breakthrough came when the Fr. Fassmer Boots- und Yachtwerft attained nation-wide acclaim under the aegis of Hans Faßmer. It was he who not only enlarged the scope and diversity of the company's products but brought the firm international status at a time of economic difficulty by expanding manufacturing operations to the fibre-reinforced plastics, light metal and steel processing sectors, together with both his sons, Friedel and Heinz. Another visible change was the company’s move over the levee to Motzen.

Ongoing expansion in every business sector, along with a new one – davit production – prompted the company to set up a subsidiary in Rechlin in 1996, the Fassmer Schiffsservice GmbH Rechlin, under the present directors Holger and Harald Faßmer.

It all began with skiffs and flat-bottomed wooden boats 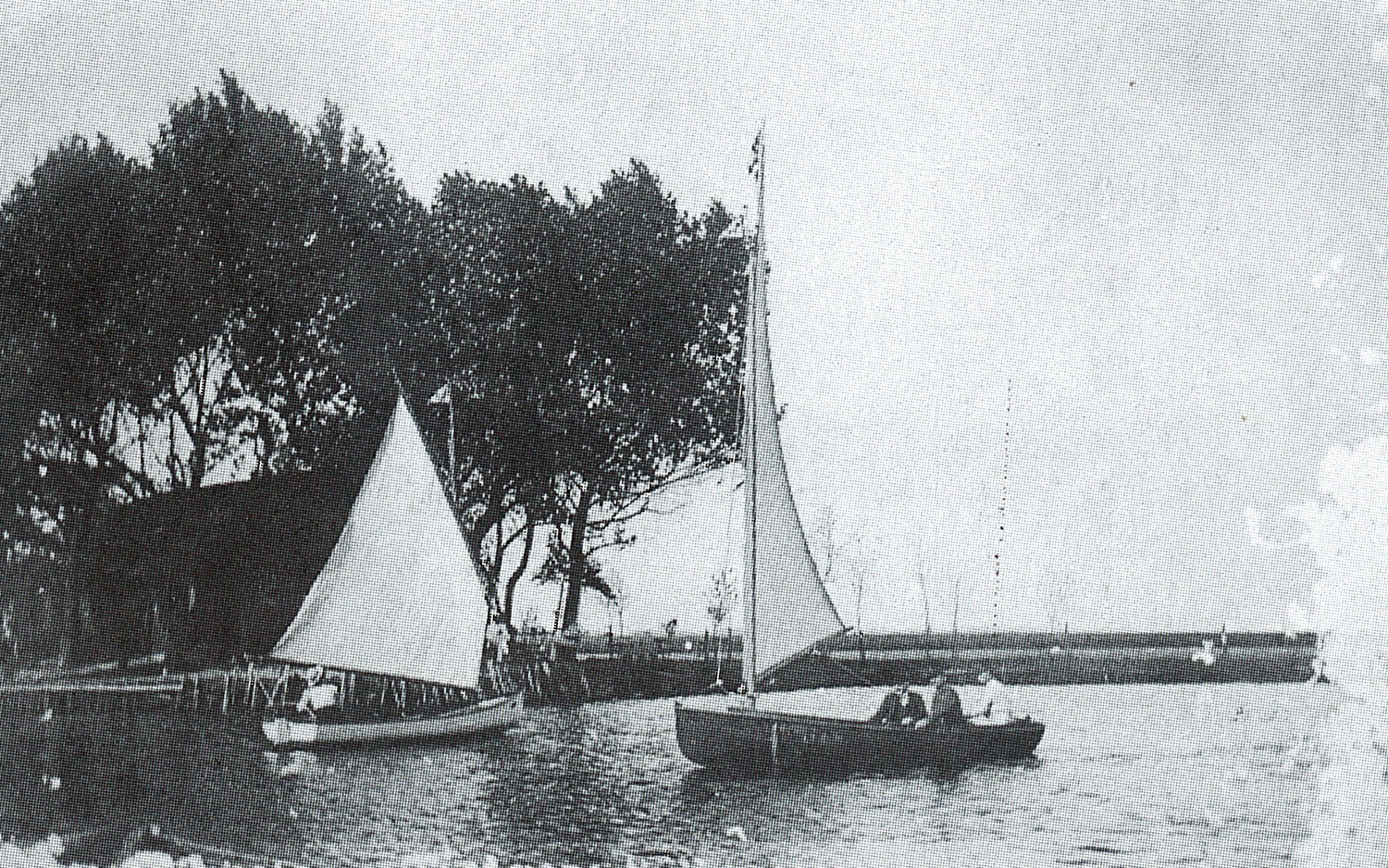 A »Hanseat«-type motor cruiser, while being built in 1931. In the picture, the mould frames are being positioned on the keel. 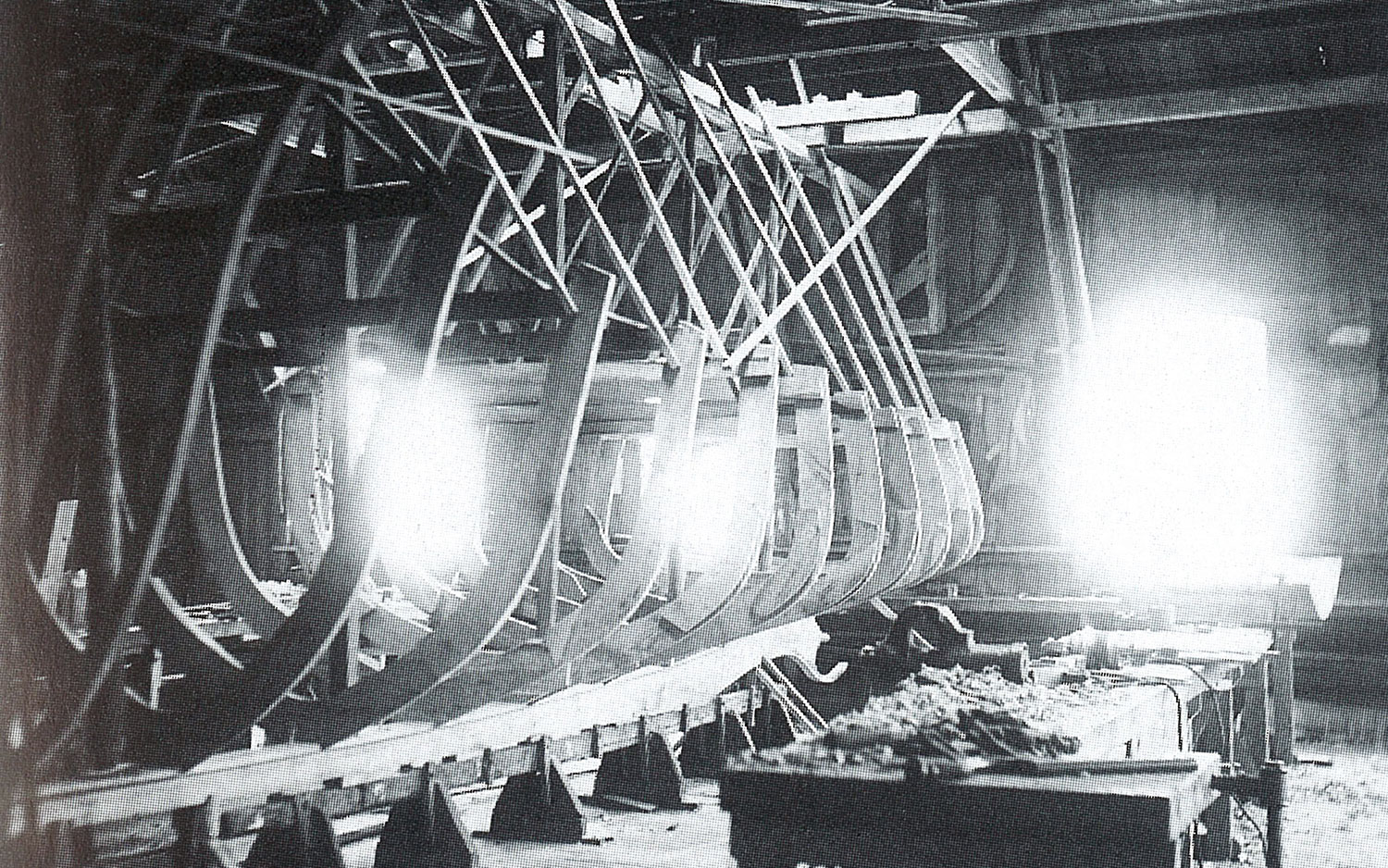 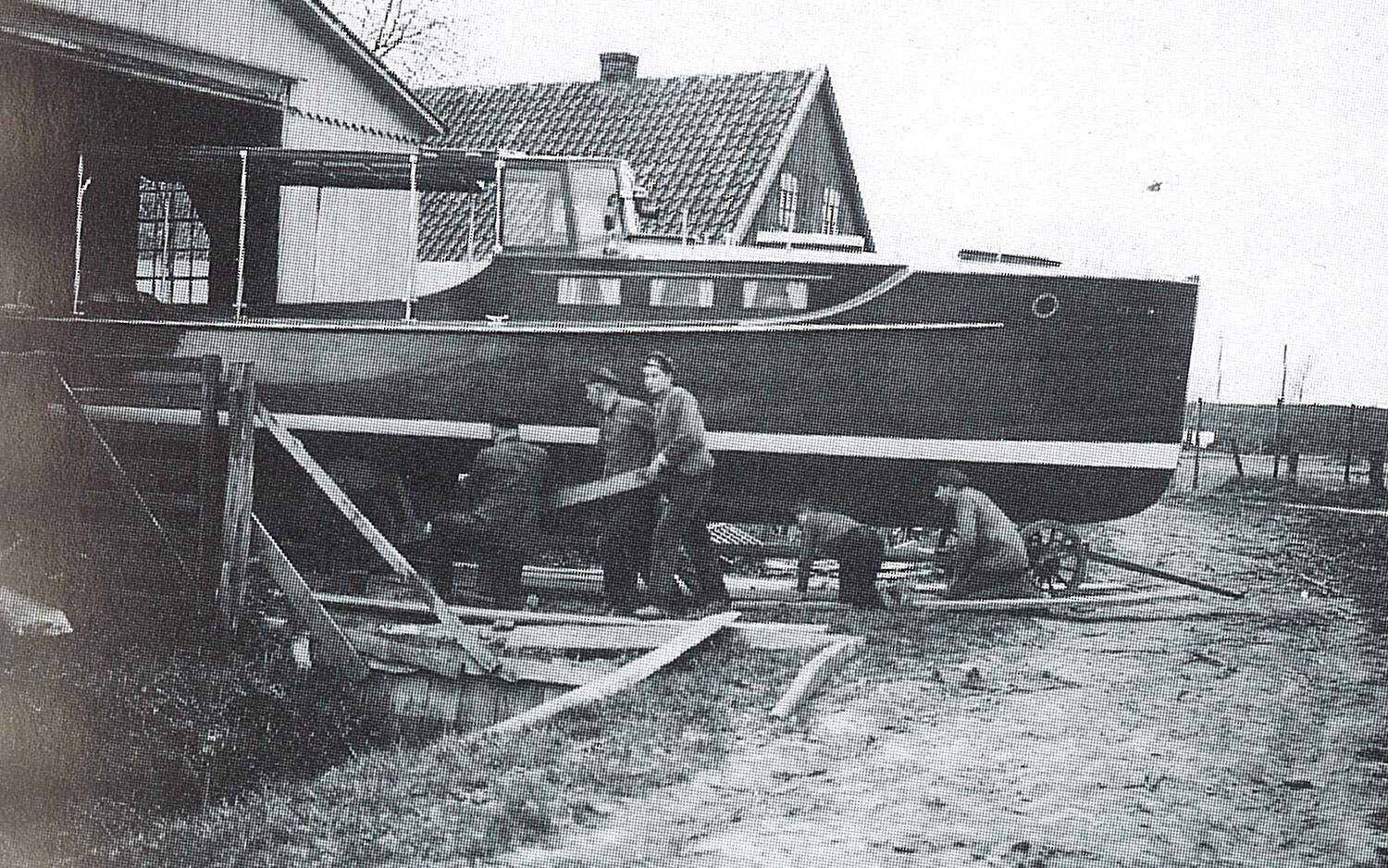 Joint forces take the boat to the River Weser 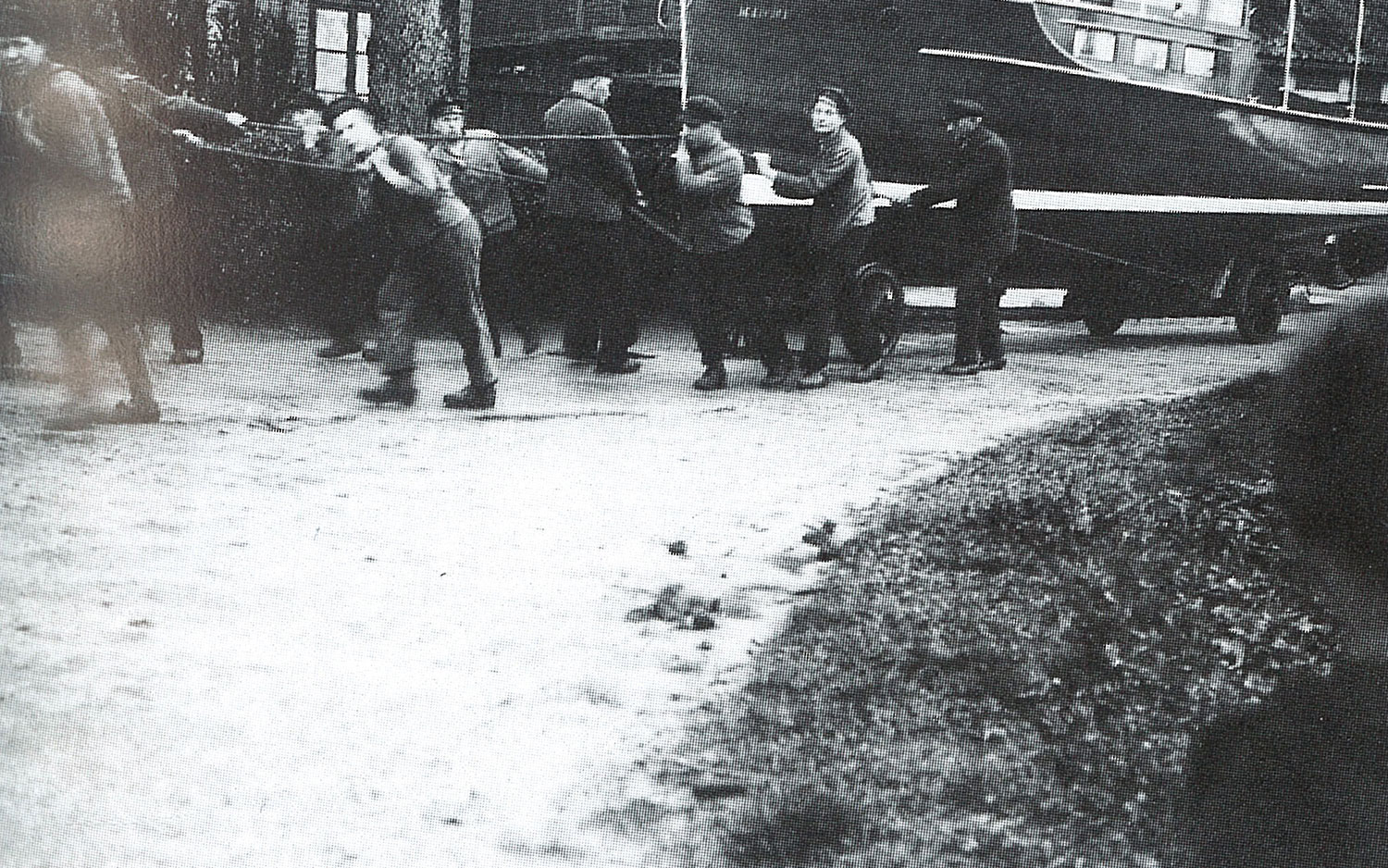 A finished cutter en route for the war fleet 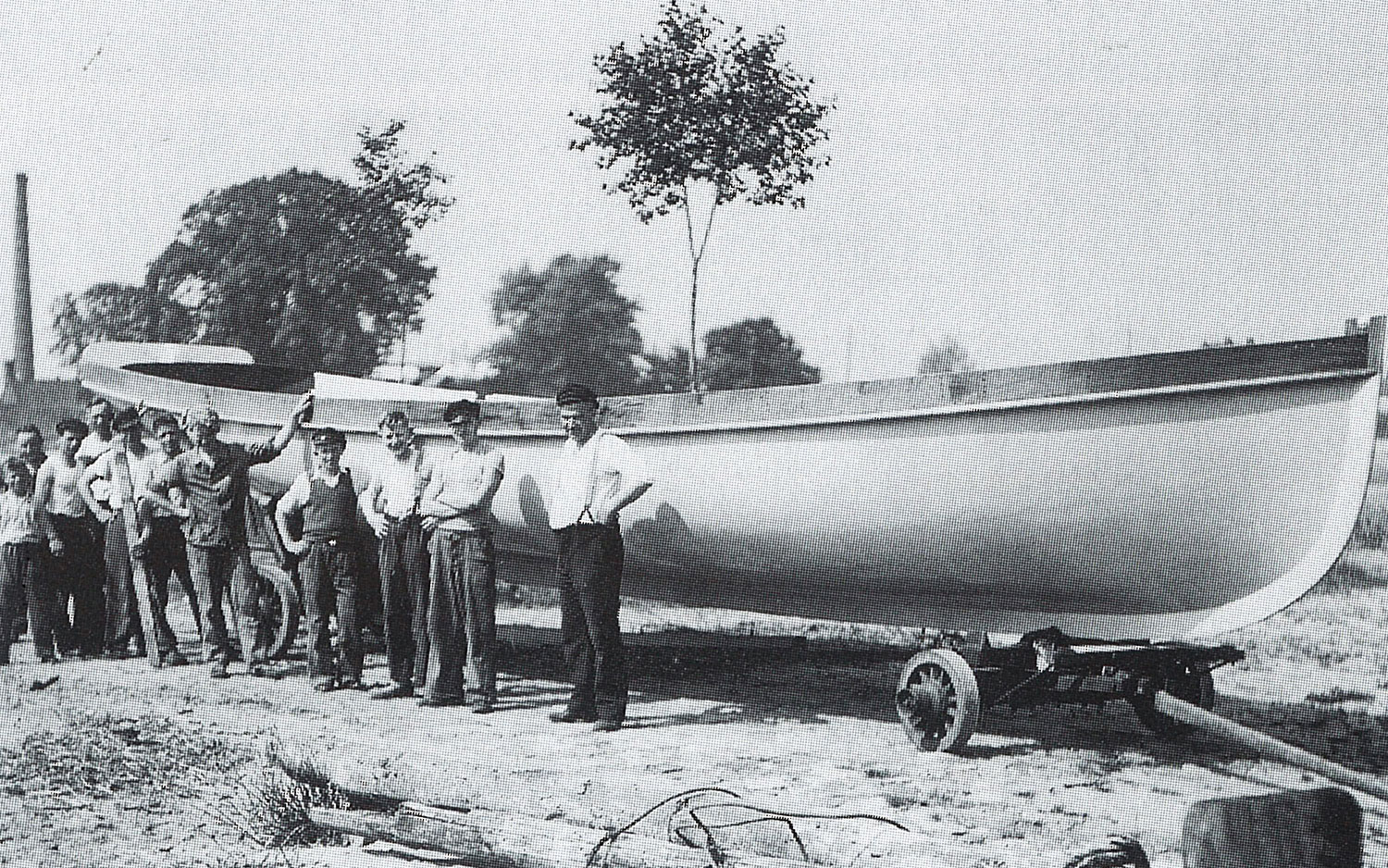 Working boat for the PAMIR (photograph by Maack) 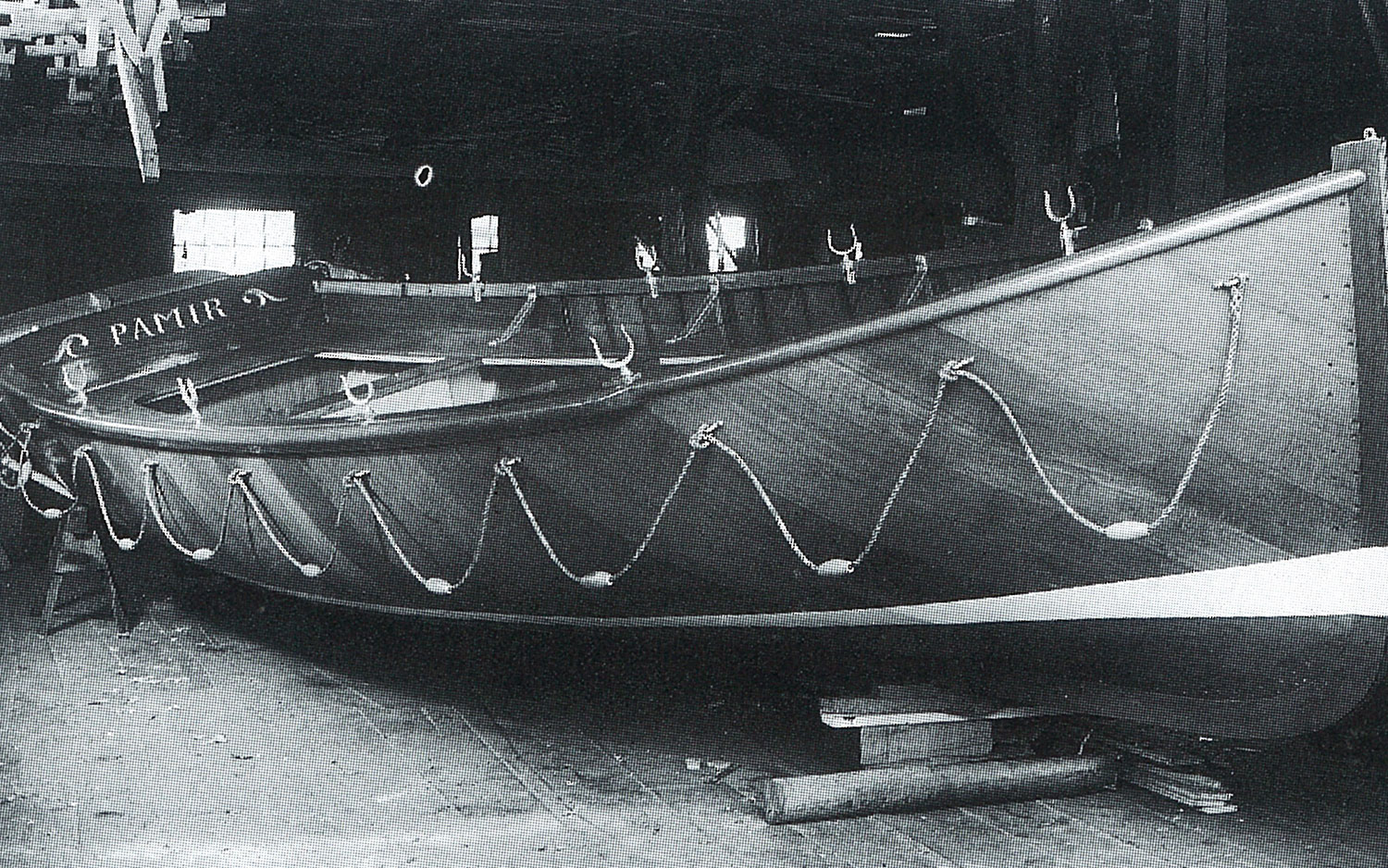 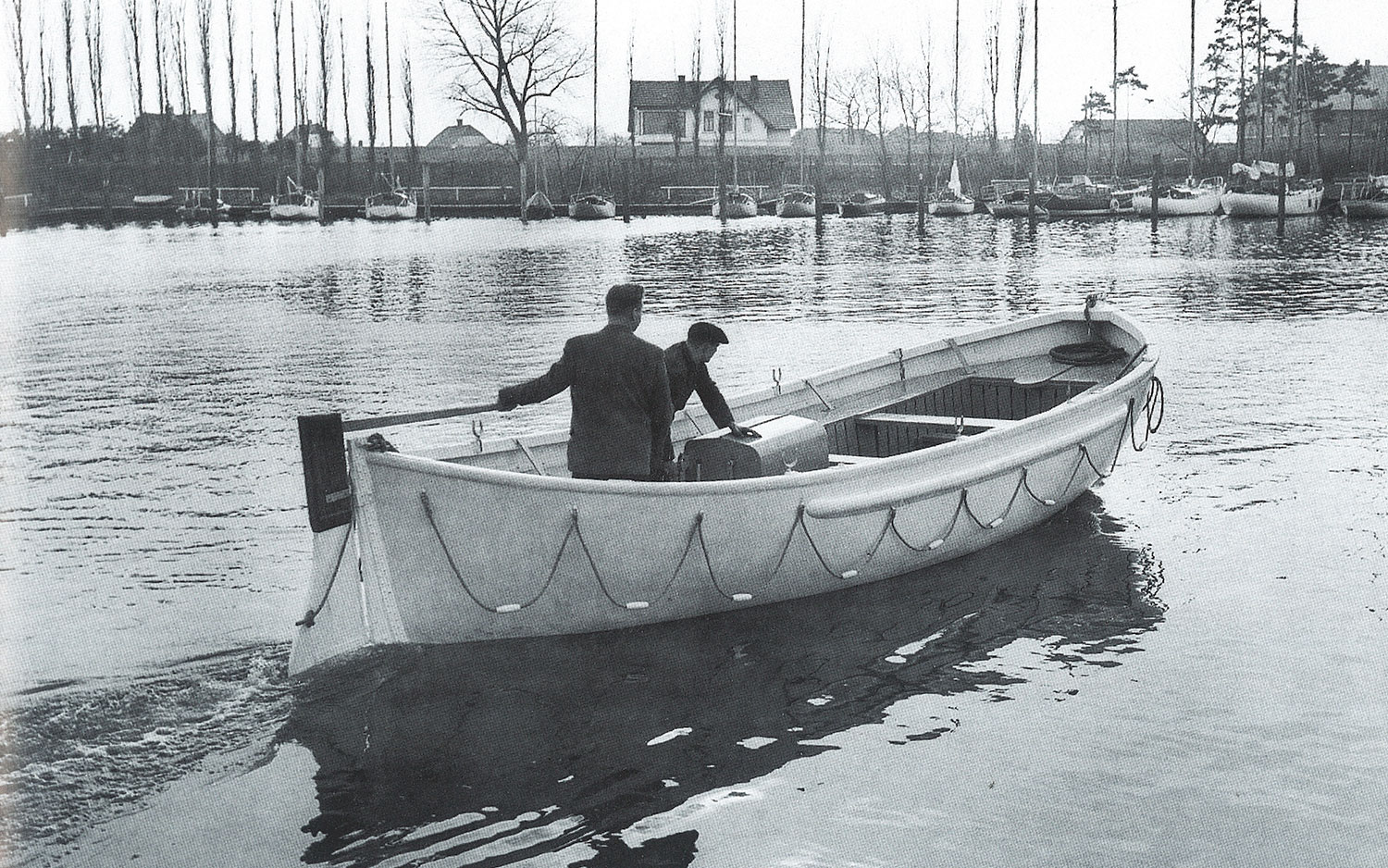 The company moves location, over the levee to Motzen 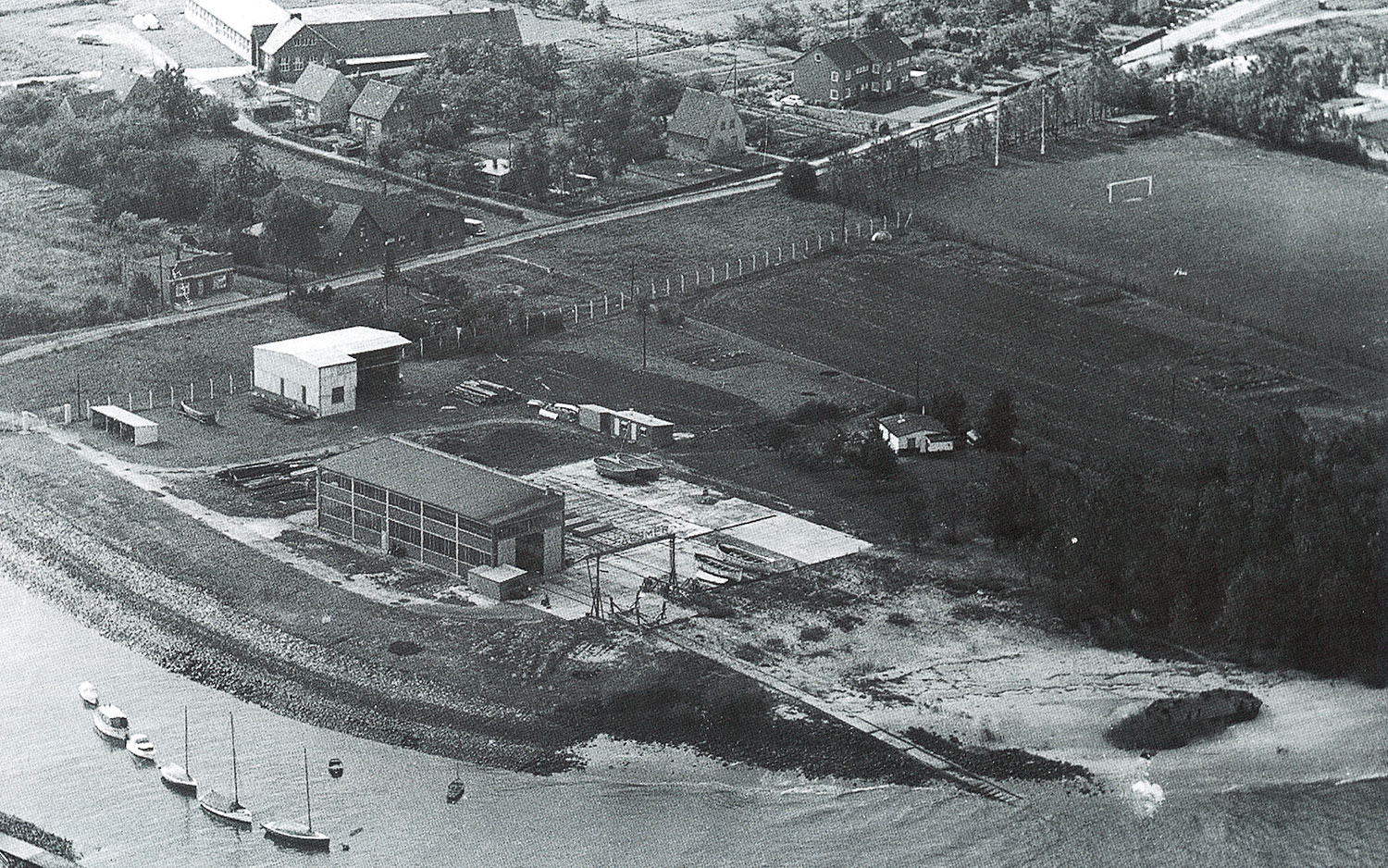 The Faßmer Dockyard site in 1973 (photograph by the Bremen Senate for Ports, Shipping and Transport) 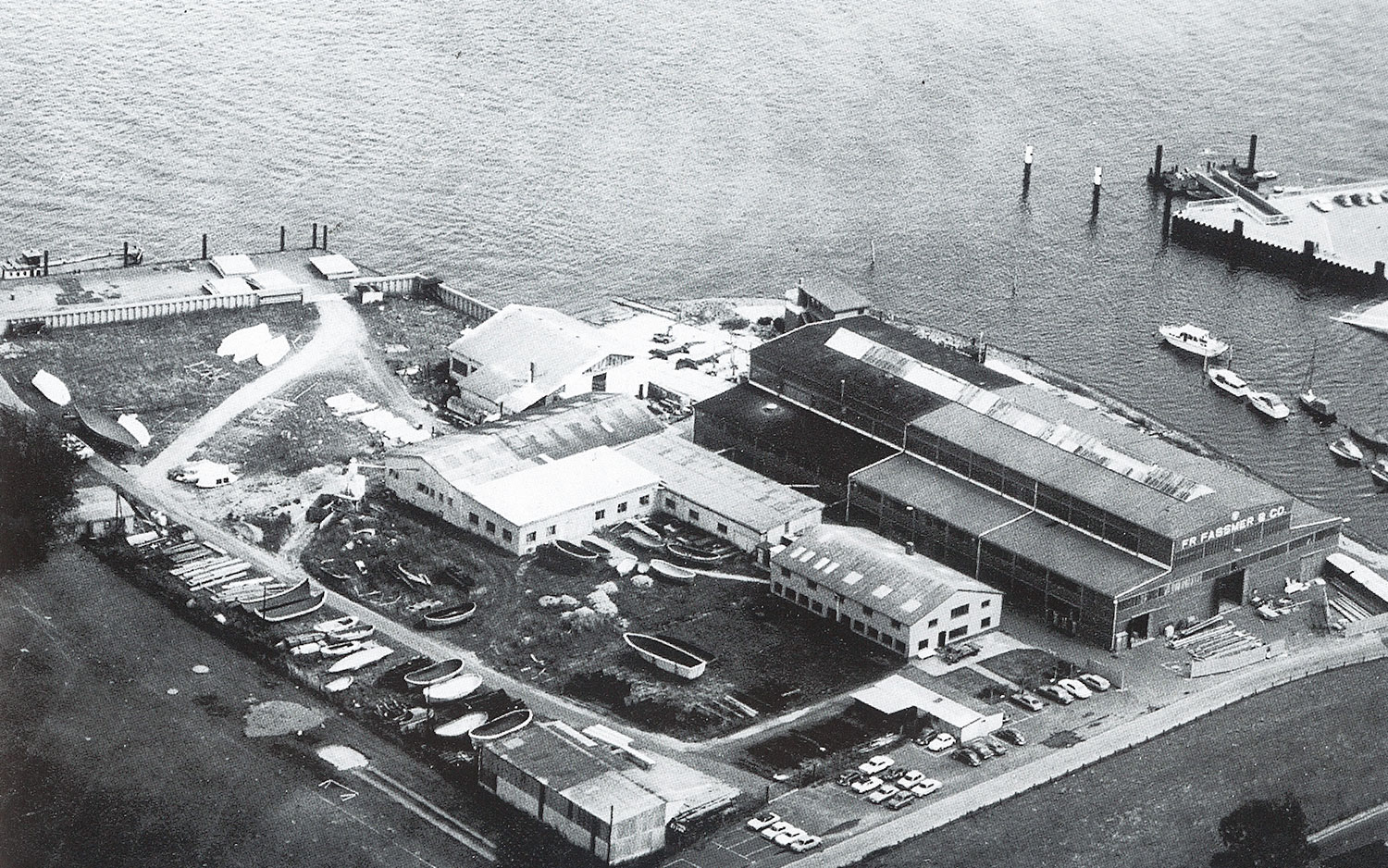 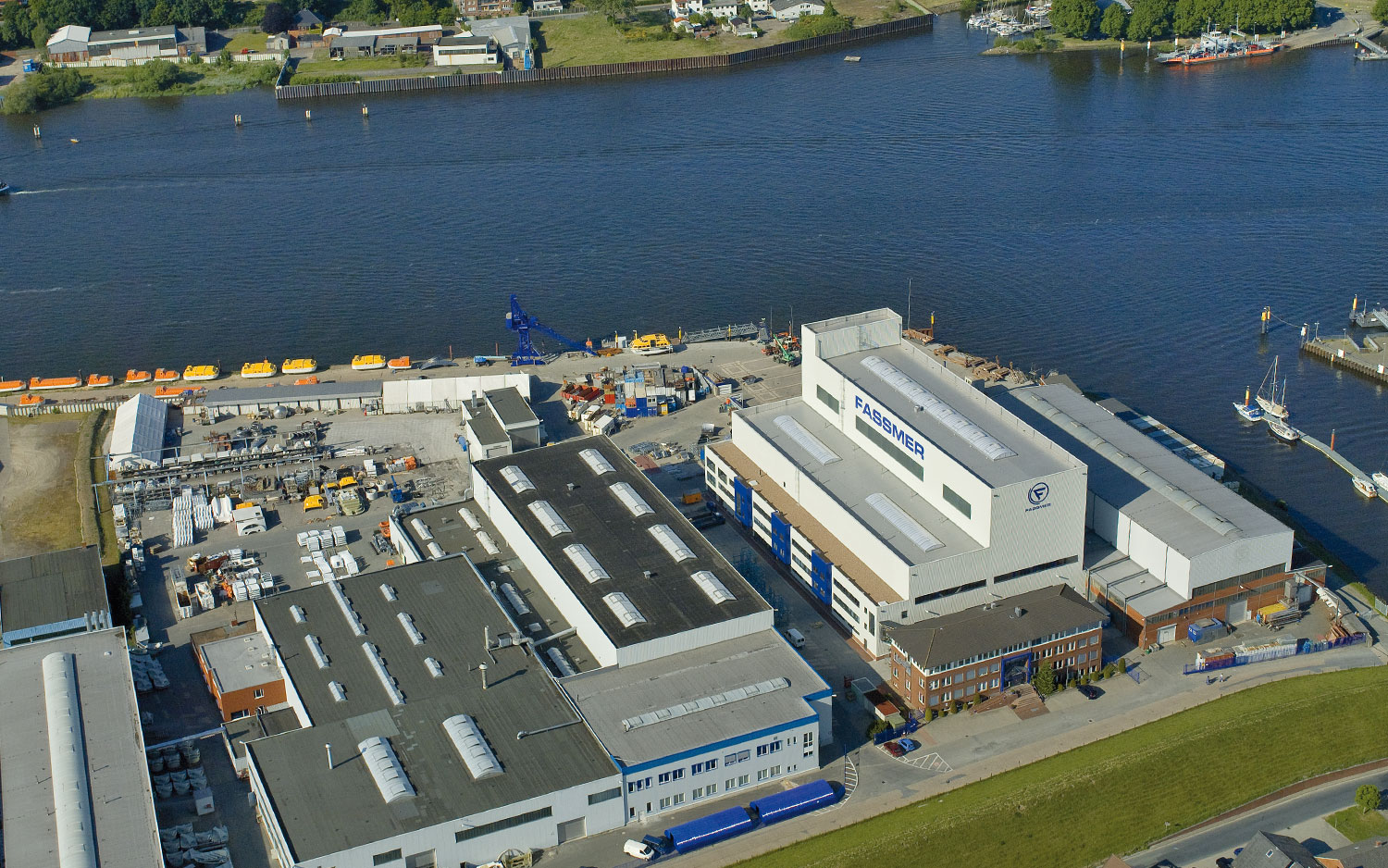 We are keen on providing to our users an attractive website and certain functionalities. To do so, we use cookies. If you continue use of our site, we asume that you agree to the use of cookies. Details and ways to change your cookie settings are provided in the Data Protection Declaration of our website. You can find further information in the Imprint.